The Nature Fix: The Three-Day Effect

Thank you to REI and Florence Williams for this wonderful read. Science is backing up what we already know about the healing power of nature.

THE NATURE FIX: THE THREE-DAY EFFECT

Ken Sanders is a seller of rare books in Salt Lake City. Before that, he used to guide rafting trips down the Green and Colorado rivers for commercial clients and for his pals, like Edward Abbey. Starting on the third day, he’d notice the vibe of the whole group change.

“An awareness sets in that the river is now your new reality,” says Sanders, who’s been running rivers for 40 years. “The ritual of unloading the boats, setting up your campsite, gathering around the fire, sharing meals, etc. is now your day-to-day existence. It’s a bonding experience. Your old reality fades away.” 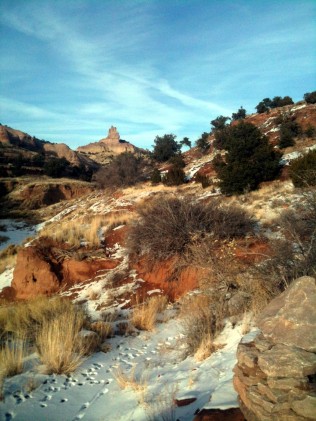 Sanders shared his observation with cognitive neuroscientist David Strayer, who teaches and conducts research at the University of Utah. It immediately struck a chord with Strayer, an avid backpacker who noticed that some of his best ideas emerged after three days of camping out.

“Having hiked around the desert for years, I noticed in myself, and from talking to others, that people think differently after being out in the desert. Their thoughts are clearer, they’re certainly more relaxed, they report being more creative,” says Strayer. “If you can disconnect and experience being in the moment for two or three days, it seems to produce a difference in qualitative thinking.”

Strayer wanted to find ways to test what he started calling “the three-day effect,” a kind of neural reboot that might boost creativity. “I wanted to try to understand what was going on inside the brain,” he says.

So, for a study published in 2012, Strayer and his colleagues Paul and Ruth Ann Atchley from the University of Kansas administered tests to 28 backpackers before and after going on Outward Bound trips. Immediately after a trip, the participants performed 47 percent better in a word-test game that measures creative thinking and insight problem-solving. The game is called the Remote Associates Test, or RAT. It poses a series of three words; for example, tug, gravy and show. The test taker has to come up with the fourth word that fits with all three; in this case, boat. 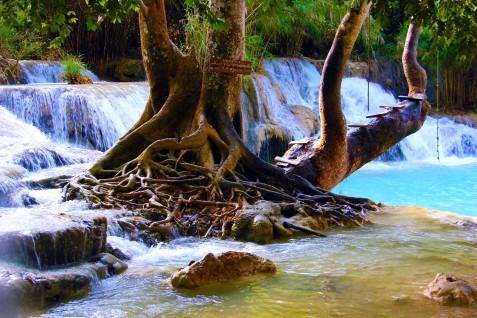 “A near 50 percent improvement is huge!” says Strayer.

What caused it? Strayer believes the frontal cortex (our executive taskmaster) of the backpackers’ brains got a much-needed break. Strayer often studies networks in the brain, especially the attention network, which typically gets pretty fried in the normal course of life these days. So many things demand our attention: emails, pings, deadlines, chores, grocery lists, elusive parking spots, and, as William Wordsworth put it, all the “getting and spending.” The world, wrote the poet, “is too much with us.” And that was in the early 1800s!

When the attention network is freed up, other parts of the brain appear to take over, like those associated with sensory perception, empathy and productive day-dreaming.

“That first day in nature, your mind is recalibrating and you start to notice things a little bit, to unwind from the modern world,” says Strayer. “You notice cloud patterns, sounds and smells, and it becomes really acute. You don’t need a watch anymore. You forget what day of the week it is.” 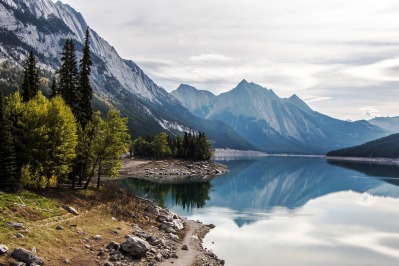 The Strayer team’s results caught the attention of some other neuroscientists, such as University of Nebraska researcher Frank Ferraro III, who normally studies addictive behaviors. Curious to see if he could replicate the creativity findings, he gave a similar RAT test to college students before and after a six-day canoeing trip in the Boundary Waters Canoe Area Wilderness in northern Minnesota. This time he also had a control group, a bunch of students who would take the test six days apart in a classroom setting. The earlier results were confirmed: The campers showed a 50 percent improvement after the trip, but there was no meaningful change in the control group.

An older study suggests the cognitive surge isn’t just a vacation effect. In 1991 psychologist Terry Hartig and colleagues tested backpackers as well as people taking sightseeing and other types of vacations, and found increased performance only in the backpackers.

Now Strayer is drilling down further to a part of the attention network, the midline of the frontal cortex, where theta waves become active when we are performing demanding cognitive tasks. He already has data indicating those waves quiet down out in nature, but not, notably, if you’re using your phone at the same time. 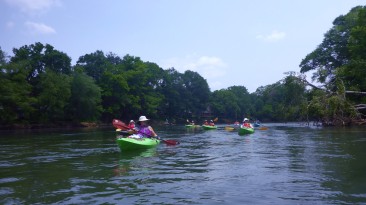 His advice: Go outside for three days, and turn the phone off.

Ken Sanders agrees. “I think it takes the first two days and nights to wash away whatever veneer of civilization you have brought with you. The new reality begins on that third day.”

Borrowed on May 8, 2020 from:  https://www.rei.com/blog/camp/the-nature-fix-the-three-day-effect

This site uses Akismet to reduce spam. Learn how your comment data is processed.